Hurricane mk.ia in 1/72. This is the Arma Hobby Expert kit - an absolutely stunning kit that I highly recommend, although I didn't use all of the supplied PE. Finished in the markings of Arthur Clowes aircraft whilst 1 squadron were 'at rest' at RAF Collyweston (a sattelite station for RAF Wittering) following a busy spell as an active Battle of Britain unit. Finished as per the photo backdrop. I actually completed the build ages ago for Battle of Britain day on 15th September. Special mention to Shaun for sourcing the markings for me, which ended being a mixture of the kit's decals and Shaun's. 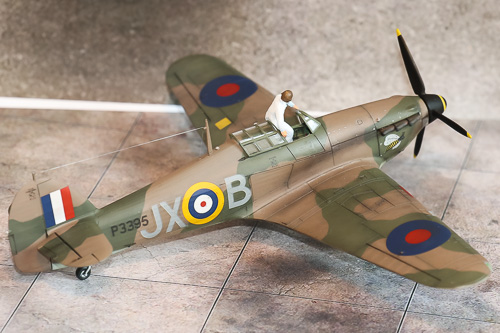 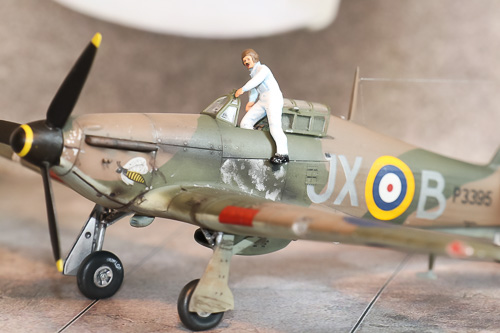 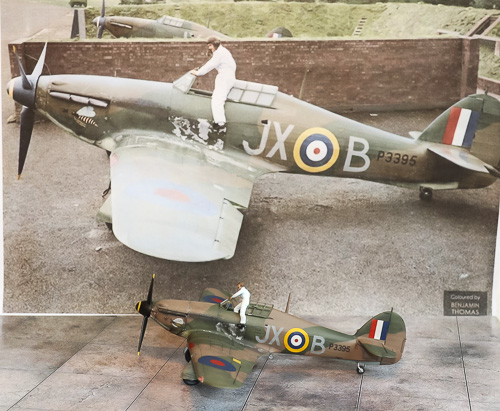 I also decided to squeeze in a Harrier before Christmas - there's always time for another Harrier! This time I built one of "Catherine's Filton Harriers", the Pegasus 11-61 testbed. I used the 1/72 Airfix Harrier GR7/9 with a GR5 nose from an old Airfix boxing of the second generation harrier and Flight Dec decals courtesy of Catherine. Hopefully I've got the specially mixed "Dunsfold blue" pretty close... 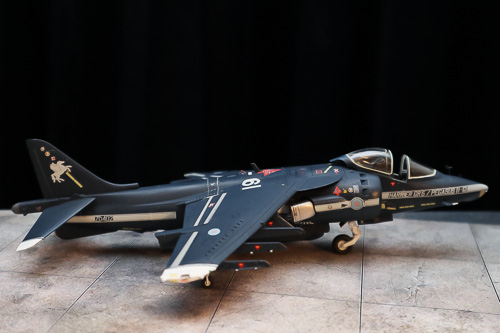 This is the Trumpeter Mig 15 -UTI completed as a Finnish trainer. This has been languishing in the stash for a while and I fancied a change from Desert themed models. It was not the easiest build at all. I expected issues because most reviews I found mentioned real fit issues, and the breakdown of parts is complicated and in my view not really logical. I can understand the front back split of the fuselage split to optionally display the provided engine, but the rear end has a completely separate insert for the underside and airbrakes that is very flexible and fits in just a few points. Same for the panel under the nose which fits even worse. Now they may have done it this way to provide for the differences between the early and Bis versions for a later release but I think could have engineered it much better. 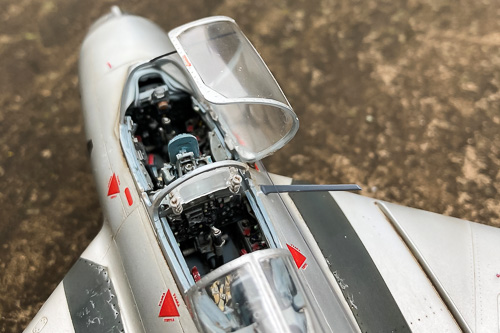 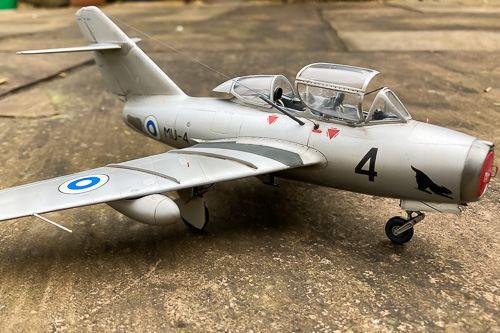 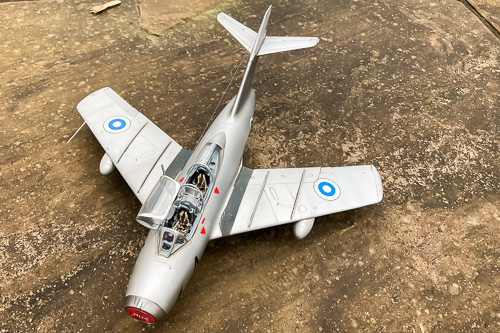 I was really looking forward to building my first Dragon kit, but in the end it was lucky not to find itself in the dustbin after five months of wasted modelling. Everything went wrong and I found myself making new mistakes that I havenât done in 40 years. This will definitely never appear on the display table. 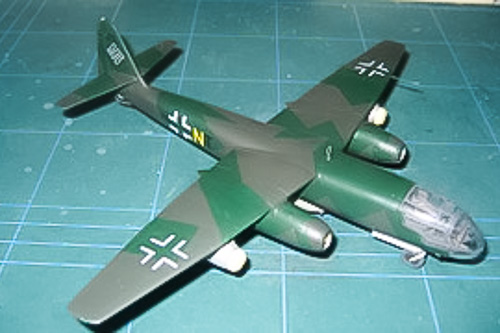 This 1/24 Tamiya Mustang is my first car model since making Airfix 1/32 when I was a kid. Thoroughly enjoyed it and will be making more. 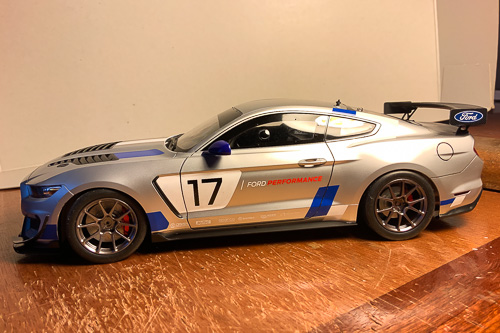 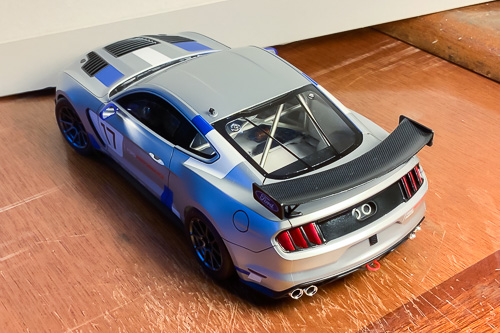 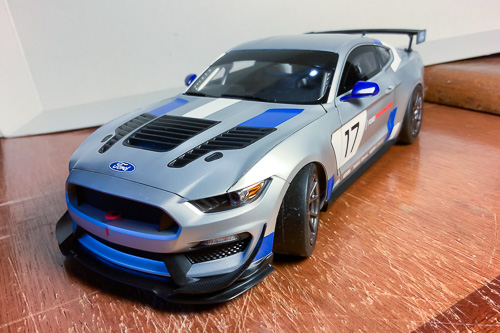 The Eduard Spits, Mks I & IX, l made together, again with painted on markings, except the code letters on the Mk IX. 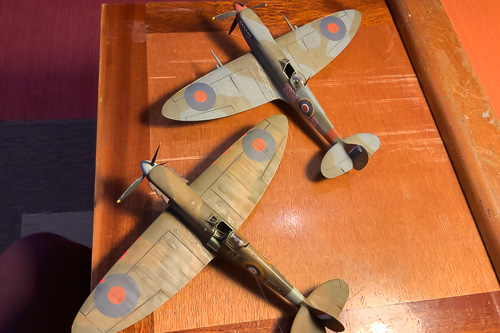 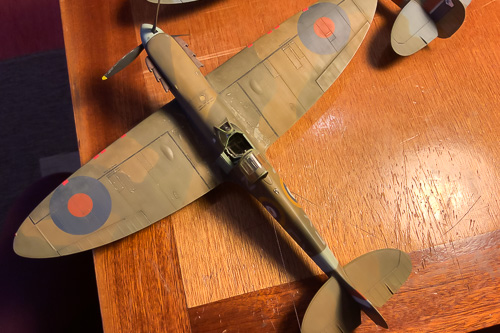 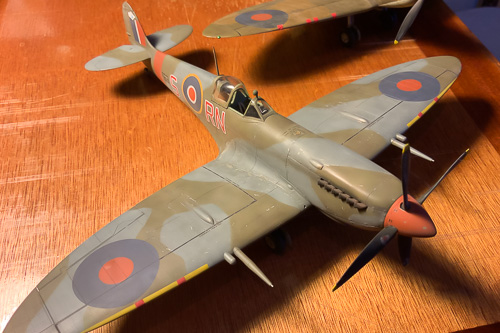 Two 1/72 Airfix Red Arrows Hawk kits - one for the 2014 anniversary markings and the other for the current scheme. 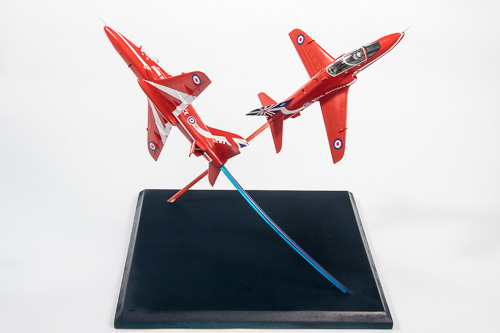 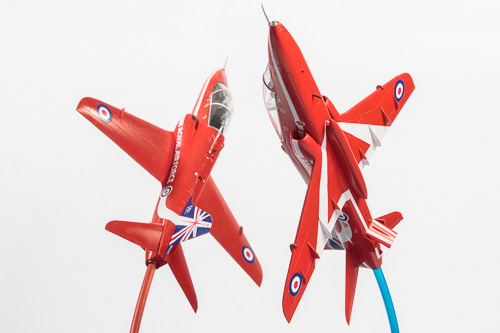 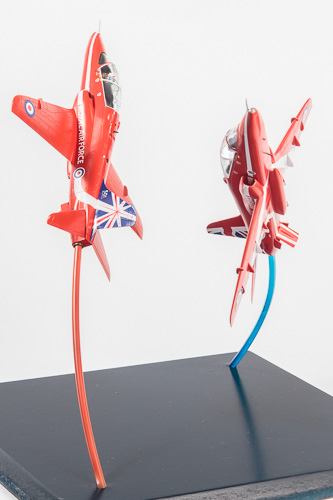 In-progress 1/48 F-5E from the AFV Club kit. I've used a set of Twobobs decals for an RAF Alconbury machine. The agressor colours are painted with Hataka lacquers as they do all the right FS numbers "out of the pot". There are in fact two darker blue colours but the combination of lighting and photo editing has made them appears slightly closer than on the model to my eye. 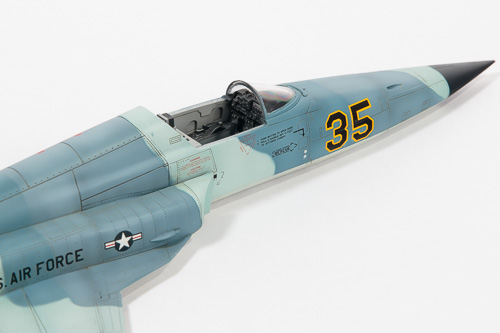 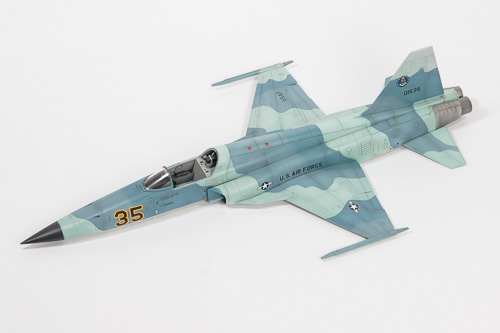 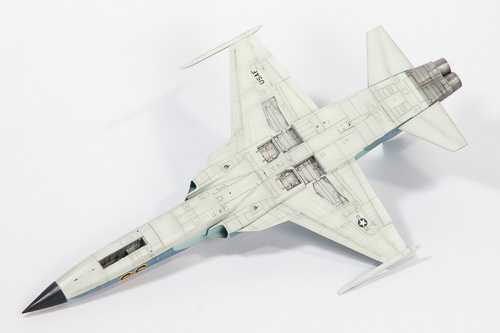